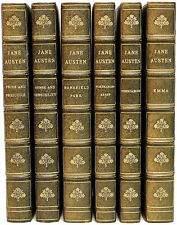 In pursuing research for her Regency novels, Kara Louise has often stumbled across an interesting piece of information that has subsequently played a minor part in a story or even greatly influenced and even changed a storyline. In her presentation, Louise will share some of these bits of information and how they affected the stories she was writing. There will be time for questions following the presentation.

Kara Louise is the pen name of a St. Louis JASNA member who has written several novels based on Austen’s Pride and Prejudice. She began writing variations on Pride and Prejudice in 2001 and in 2006 began self-publishing them. In 2010, Sourcebooks published her novel Darcy’s Voyage (originally titled “Pemberley’s Promise”). In 2011, Sourcebooks also published Louise’s Only Mr. Darcy Will Do (originally titled “Something Like Regret”). A Los Angeles native, Louise and her family moved to Wichita, Kan., in 1991. In 2013, she and her husband moved to St. Louis to be near their son and his wife. They live on five acres in Florissant, Mo., with five cats, a dog, and a miniature horse. They were blessed with a granddaughter in May 2014.

The June meeting is a members-only event.